The test may yield positive results for the prescription drugs Buprenorphine, Oxazepam, Secobarbital and Oxycodone when taken at or above prescribed doses. It is not intended to distinguish between prescription use or abuse of these drugs. Clinical consideration and professional judgment should be exercised with any drug of abuse test result, particularly when the preliminary result is positive. The test provides only preliminary test results. A more specific alternative chemical method may be used in order to obtain a confirmed analytical result. GC/MS or LC/MS is the preferred confirmatory method. For

The test is intended for use as the process to provide health care professionals and consumers with information concerning the presence or absence of the above stated drugs in a urine sample.

COCAINE(COC) Cocaine is a potent central nervous system(CNS) stimulant and a local anesthetic. Initially, it brings about extreme energy and restlessness while gradually resulting in tremors, over-sensitivity and spasms. In large amounts, cocaine causes fever, unresponsiveness, difficulty in breathing and unconsciousness.

Opiate(OPI) Opiate refers to any drug that is derived from the opium poppy, including the natural products, morphine and codeine, and the semi-synthetic drugs such as heroin. Opioid is more general, referring to any drug that acts on the opioid receptor. Opioid analgesics comprise a large group of substances which control pain by depressing the central nervous system. Large doses of morphine can produce higher tolerance levels, physiological dependency in users, and may lead to substance abuse. Morphine is excreted unmetabolized, and is also the major metabolic product of codeine and heroin. Morphine is detectable in the urine for several days after an opiate dose.

MARIJUANA(THC) THC ( 9--tetrahydrocannabinol) is the primary active ingredient in cannabinoids (marijuana). When smoked or orally administered, it produces euphoric effects. Users have impaired short term memory and slowed learning.They may alsoexperience transient episodes of confusion and anxiety. Long term relatively heavy use may be associated with behavioral disorders. The peak effect of smoking marijuana occurs in 20-30 minutes and the duration is 90-120 minutes after one cigarette. Elevated levels of urinary metabolites are found within hours of exposure and remain detectable for 3-10 days after smoking. The main metabolite excreted in the urine is 11-nor- 9-tetrahydrocannabinol-9-carboxylic acid ( 9-THC-COOH). 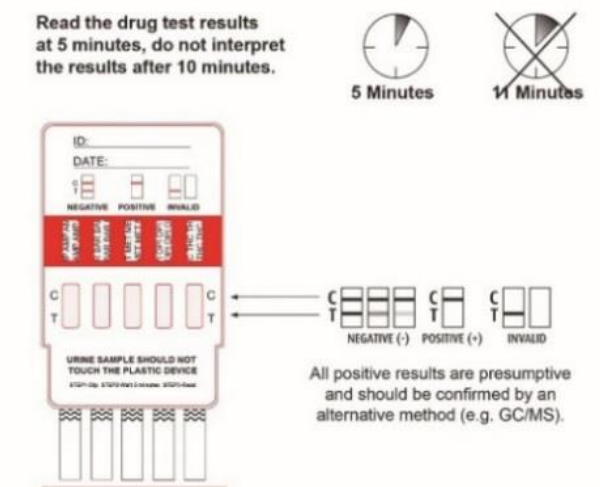 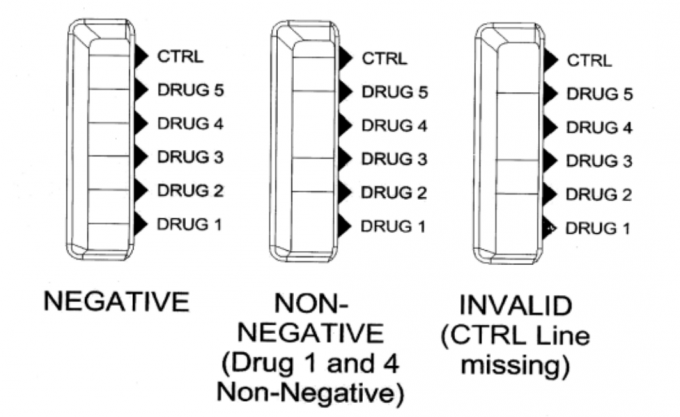 If you work in a laboratory, you should perform quality control testing and you should read this section.